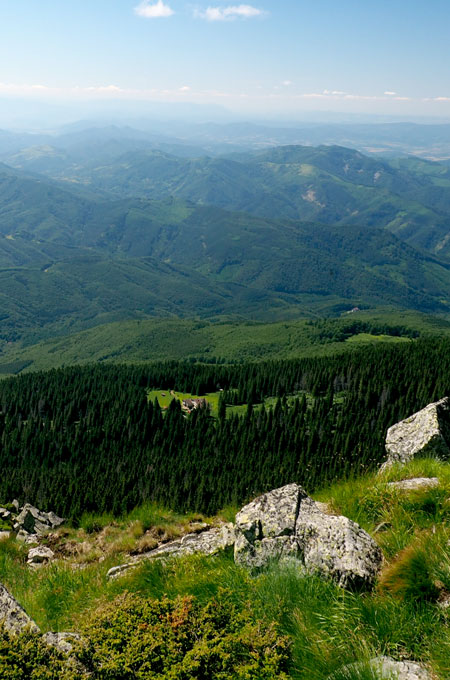 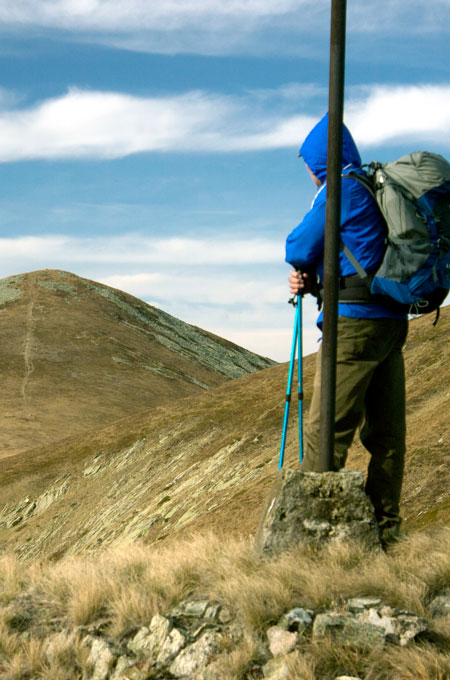 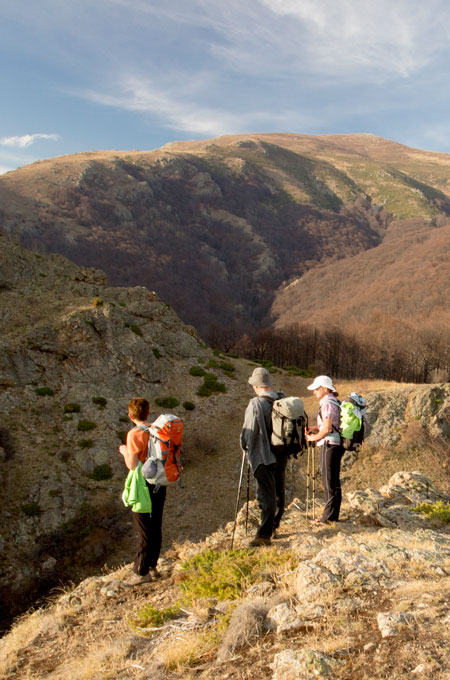 This impressive walk in the Central Balkan National Park passes through one of the nine natural reserves in the boundaries of the park- Boatin Natural Reserve. It was established in 1948 year to protect rare plants and animals. What attracts the tourists is possibility to walk in this wild paradise of an area of 1597.2 hectares, covered with outstanding beech forests in the Balkan Peninsula at an average age of 170-220 years. The picturesque landscape distinguished by a huge diversity. Here can be seen all the attractive features of the park: the ancient forests, narrow rocky ridges, deep gorges, high-mountain pastures, and grassy saddles that separate the domelike peaks. The part of the trail that offers perfect panoramas is along the main mountain crest. It is a section of the E3 European long-distance walking route..

Day 3: Walk from the hut Benkovski to the town of Koprivshtitsa. The path traverses a narrow rocky ridge of rugged limestone and is known among the tourists as «The Koncheto of Stara Planina» as it reminds of the most famous ridge-walk Koncheto in the Pirin Mountains. On its way down the path reveals another surprise- the gorge of the river Vartopa. According to the legends this deeply cut into the cliffs valley keeps its secrets of the hidden treasures that were buried at this inaccessible places.