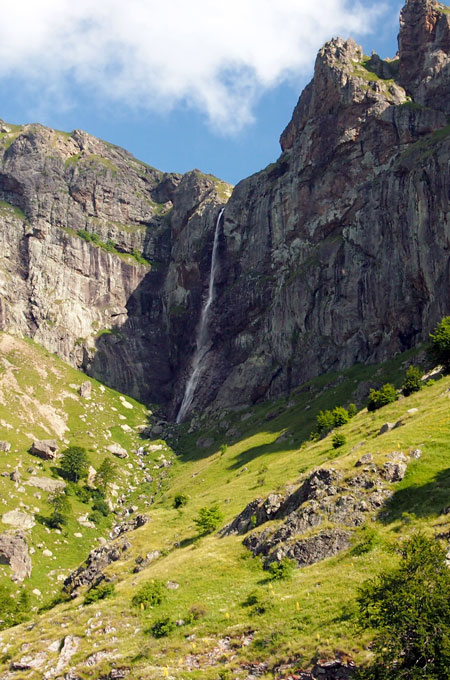 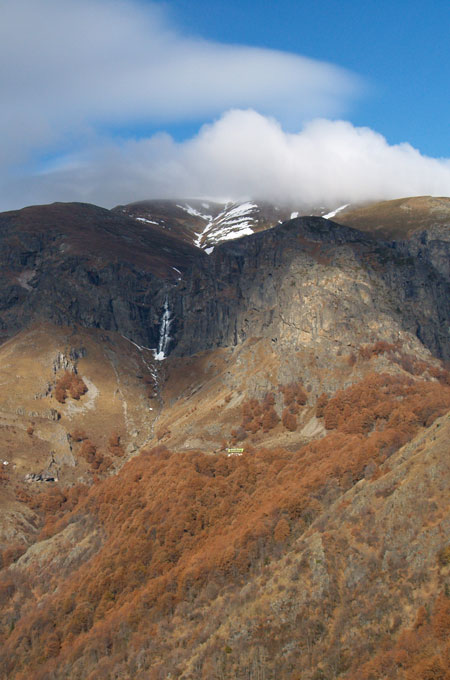 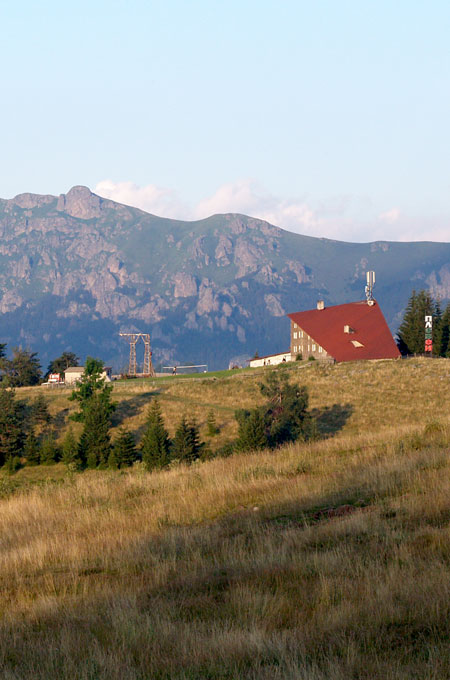 This lovely trail represents the whole diversity of the most central part of the Balkan National Park. It involves the most alpine part of the mountain with its highest point-the peak of Botev, the Natural Reserves Dzhendema and the Severen Dzhendem. They are two of the nine nature reserves in the boundaries of the park, designated to preserve the rare plant and animal species in Bulgaria. Their names, which literally mean «the Hell and the Northern Hell» respectively, come from the inaccessible and wild terrain that they encompass at the upper segments of the mountains. It is a complex of nearly vertical slopes below Botev Peak, short and steep steps under the sparkling water of the springs, overhanging cliffs, rock bridges, deep precipices, and numerous waterfalls. At the lower parts of the mountain run rivers that are surrounded by ancient forests, refuge of many wild plants and animals. Actually the reserves are a paradise for the wild live. The main attractions of the trail are: the rise to the peak of Botev and the highest waterfall in Bulgaria- Rayskoto Praskalo.

Day 1: Walk from the Kalofer town to the hut Ray. This beautiful and popular walk starts off from the resort Panitsite. It is located just 6 km north of the town of Kalofer, at the foot of the mountain, in the valley of the Tundja River. After overcoming a steep ascend along a winding path rutted from rains the path follows a dirt road that leads to the entrance in a cool forest. It crosses sparkling sweeping streams by small bridges. This trail is well famous for its beauty due to these streams. They form small water jumps and clear pools. The path passes by several water fountains, one of it nicely shaped as a bear head. The hut Ray is settled on a big grassy clearing in front of the Raiskite Skali cliffs- part of the vertical rocky southern flank of the peak Botev.
Day 2: Walk from the hut Ray to the shelter Botev. It sets off with steep serpents that lead to a point from which could be admired the nature phenomenon- Rayskoto Praskalo waterfall. From the top of the Raiskite Skali descends the highest waterfall in Bulgaria – Rayskoto praskalo. Among the inaccessible precipices, rock ridges, and marvelous nature is located this Bulgarian beloved beauty. Rayskoto praskalo waterfall is the highest waterfall not only in Bulgaria, but also on the whole Balkan Peninsula. Its height is 124,5 m. It collects its water from the “eternal” snow patch located on the very peak of Botev, to jump down the Raiskite Skali cliffs.
To the very peak of Botev heads off a path that is cut in them. The path was tracked in 1941 by the meteorologist and mountaineer Todor Bozhkov, with the nickname Tarzan. This path is very steep, narrow, exposed to the gullies. It is supported by a metal rope. Despite this, the track is very amusing, squeezing through the rocks and offering nice views all the time. The Botev shelter is located on the western slopes of the peak of Botev. It was built in 1936 by the Plovdiv and Karlovo tourists to facilitate the trekking to the peak. Despite the name “Shelter”, it is yearly manned and its keepers provide food and drinks..
Day 3: Walk from the hut Botev to a hotel in Apriltsi town. This is an awesome touristic path cut through the inaccessible northern flank of the ridge. This beautiful and wild part of the Balkan crosses the area of its highest natural reserve- the Severen Dzhendem Reserve. The path passes by the hut Pleven before its end near the town of Apriltsi. Pleven hut is arguably the hut with the best panorama in the whole mountains. It is worth to pay it a visit even only for those views. Continuing down along the ridge on which the hut Pleven is settled, you will reach eventually the town of Apriltsi. Once, this path connected the hut Pleven with the hut Vidima. As it does not function nowadays, you can use the family hotel nearby.
Day 4: Walk from the family hotel in Apriltsi to the hut Tazha. The path starts off along the river Praskalska. It is famous with its waterfall Vidimsko Praskalo, which drops down from the height of 80m. The path switches to the path that comes from Ostrets, a neighbourhood of the town Apriltsi and climbs up the beautiful rocky peak of Rusalka. The appeal of the path is on the views towards the vertical northern slopes below Botev Peak and the main spine of the Balkan. The rest is a pleasant descend to the hut Tazha.
Day 5: Walk from the hut Tazha to the village of Tazha. It is a pleasant walk along a macadam road in the valley of the river Tazha. It is cut on the western flank of the peak Golyam Kademlia, a mighty peak that gives a start of many streams. Some of them jump over the vertical rocks and precipices thus forming beautiful waterfalls as the Babskoto praskalo and Kademlyiskoto praskalo. They are easily accessible from the road.