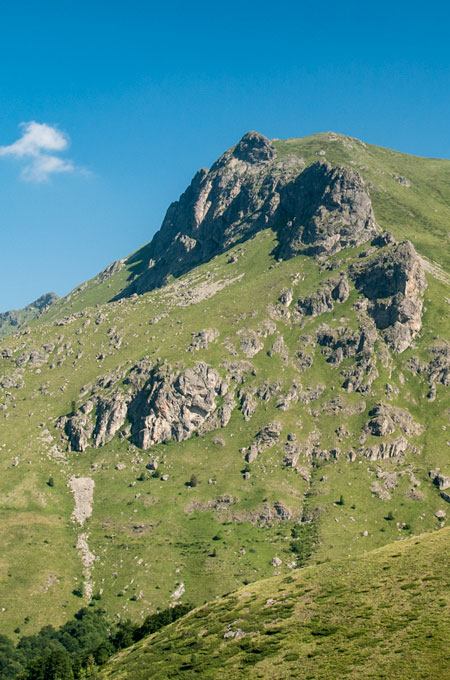 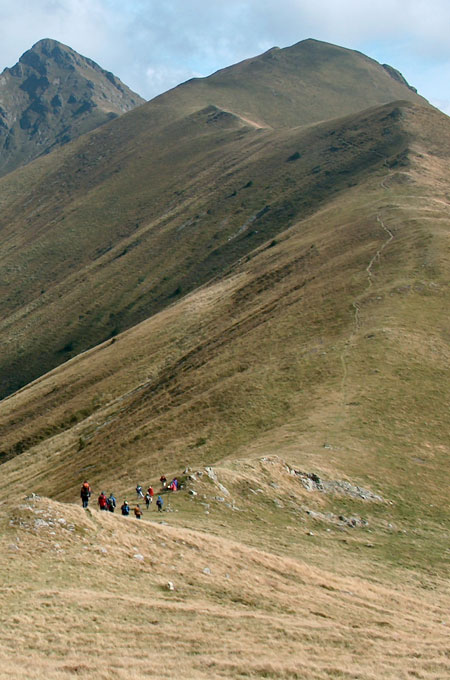 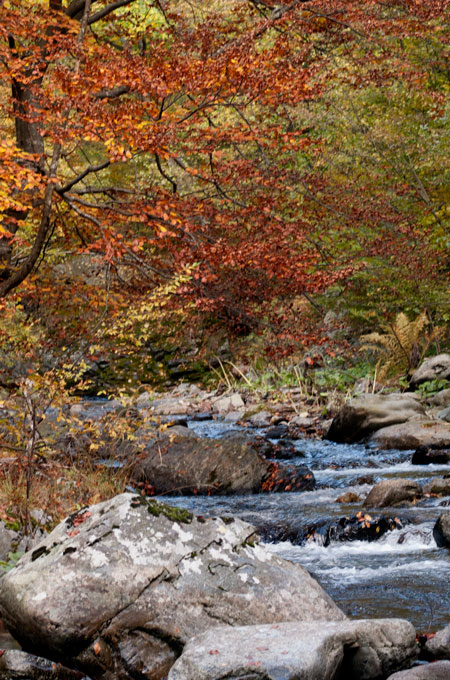 This is a representative multi-stage walk at the heart of the Central Balkan National Park. It examines the most alpine part of the mountains around its highest point-the peak of Botev, but the emphasis is on the Stara Reka (Old River) Natural Reserve. This is one of the nine nature reserves in the boundaries of the park that are designated to preserve the rare plant and animal species in Bulgaria. Without doubt the walk through the Reserve is one of the most picturesque walks in Bulgaria. Despite the fact, that many tourists are attracted by the challenge to pass the central part of the mountain along its main narrow rocky crest, the real charm and the magic of these mountains is hidden in its deep valleys. They are settled between the side ridges of the northern and southern flanks and were cut by the rivers. These rivers are surrounded by ancient forests, refuge of many wild plants and animals. The trail is a collection of several varied walks and offers an ascend along the river Stara Reka, a rise to the peak of Botev, a drop at the northern flank of the mountain, back to the central spine through the peak of Ambaritsa and a descend to the town of Karlovo on the southern side. On its course, in addition to the possibility to visit the Stara Reka Reserve and the peak of Botev, the trail skirts another two amazing natural reserves of the Central Balkan National Park: the Northern Dzhendem Natural Reserve and the Steneto Natural Reserve.

Day 1: Walk from the Karlovo town to the hut Levski though the Stara Reka Natural Reserve. The path is leading along the course of the river Stara Reka which gave the name of the Reserve. It starts steeply over rocks and enter the canyon of the river. It zigzags over the river by the help of at least twenty small bridges. The forest alters the stony terrain and the path continues gently up to the hut Vasil Levski, passing by another two huts. You can rely on them to support you with hot soup and beverages.
Day 2: Walk from the hut Levski to the shelter Botev. It sets off with steep serpents that lead above the line of the forest. After that it calms down into a pleasant walk through grassy passages. It crosses many sweeping springs that plunge over the rocks to form beautiful small waterfalls. The Botev shelter (2050m) is located on the western slopes of the peak of Botev. It was built in 1936 by the Plovdiv and Karlovo tourists to facilitate the trekking to the peak. Despite the name “Shelter”, it is yearly manned and its keepers provide food and drinks.
North of the shelter is situates the Severen Dzhendem Reserve.

Day 3: Walk from the hut Botev to the peak of Botev and back to the hut Pleven. In good weather it is impossible for someone to leave the area without a rise to the peak of Botev. It is one-hour demanding climb up by the western flank of the peak. With short serpents through the grass you reach the highest peak of the Stara Planina – 2376 m. After paying a visit to the peak, you should turn back to the shelter and head off the hut Pleven. This is an awesome touristic path cut through the inaccessible northern flank of the ridge. This beautiful and wild part of the Balkan is the area of its highest natural reserve- the Severen Dzhendem (Northern Hell) Reserve. The hut Pleven is arguably the hut with the best panorama in the whole mountains. It is worth a visit even only for those views.
Day 4: Walk from the hut Pleven to the hut Ambaritsa. This path is a pleasant walk through grassy pastures and forests. The main attraction is the view towards the vertical northern slopes below Botev Peak and the main spine of the Balkan.
Day 5: Walk from the hut Ambaritsa to the hut Dobrila. The path heads off to the main crest along a side ridge on which is located the hut Ambaritsa. In this part the path skirts the Steneto Natural Reserve. Going up to the crest, you will have the perfect opportunity to admire the rocky peak of Kupena. Once on the main ridge, you will follow briefly the course of the E3, the European long-distance walking route 3 that will bring you to the hut Dobrila, but before that you should climb up and down the peak of Levski (once with the name Ambaritsa). The hut is perfectly maintained and provides to the tourists comfort among the nature.

Day 6: Walk from the hut Dobrila to the town of Karlovo. Many paths start from the hut Dobrila towards the plain, but the one that is along the course of the so called «Southern path» is extremely beautiful and pleasant. It traverses the southern flank of the central ridge and crosses many small springs. It is an open-air walk and provides splendid views. The descend to the town of Karlovo starts at the area of the Malak Kupen peak. It is along the river Malkata (Small) Reka, a tributary to the Stara Reka.